The goal of Intel vConsolidate benchmark is to measure aggregated server performance in consolidation scenario: when different (and non-related unlike to LAMP benchmark) applications are running on the same box each in its own virtual environment (virtual machine or container).

vConsolidate benchmark was developed by Intel in cooperation with other vendors. It runs separate workloads with Java (SPECjbb test), Mail, Web and Database VMs running concurrently. Each set of such VMs is called CSU - Consolidation Stack Unit. Performance metric is a geomean from throughput of each workload type: transactions/sec for Db, requests/sec for Web and java operations/sec for Java. The same type of metric is commonly used in other benchmarks like those from SPEC.

vConsolidate benchmark is very similar to other virtualization specific benchmarks like VMMark from VMWare and SPECvirt, but the latter are more enterprise oriented and generate the load requiring a fast SAN storage and high end hardware. Since we believe containers benefits are even more prominent on commodity hardware we use vConsolidate benchmark to demonstrate that.

Intel vConsolidate v1.1. We do not run Mail VM as Intel benchmark has Microsoft Windows version only for mail workload. 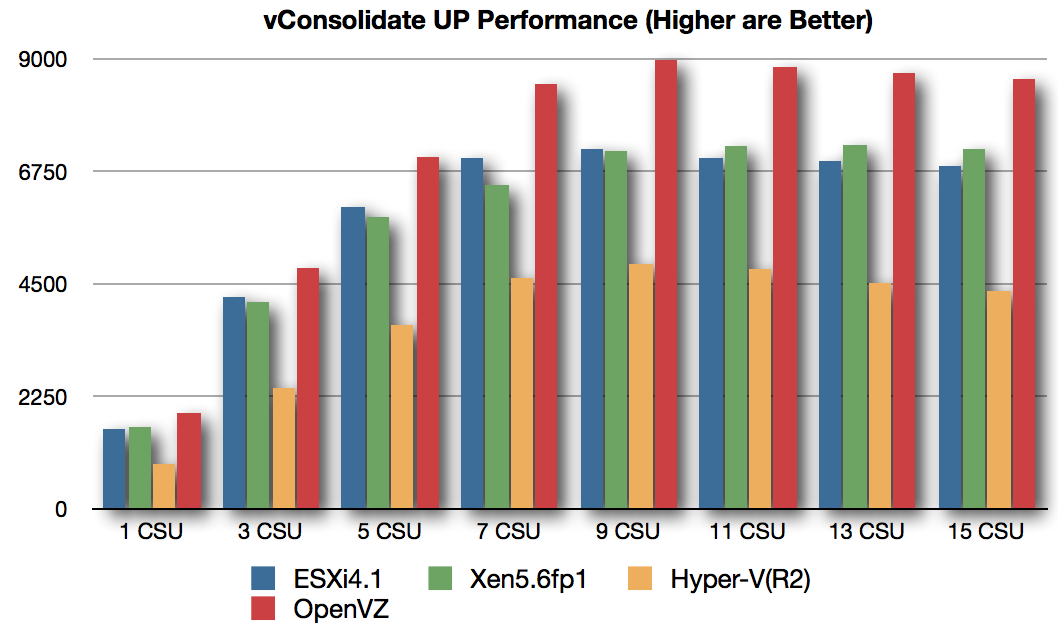